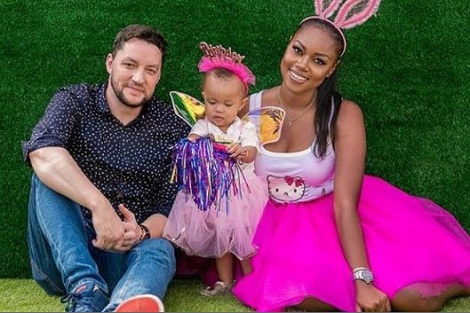 Popular Ghanaian actress, Yvonne Nelson, has finally opened up on controversy surrounding her break up with her baby daddy, Jamie Roberts.

The news concerning the former couple broke barely two years after the actress delivered their baby, Ryn Roberts, but she kept mum until recently, when she confirmed the development to a Ghana-based media outfit, Joy FM.

When asked about how her ex was doing, Yvonne simply responded that she doesn’t know, “I guess he’s having fun; you guys can check him out on social media. He’s always posting stuffs on social media, so, I believe he’s okay,” she said.

Yvonne and Roberts’ break up became suspicious when they deleted each other’s images from their social media accounts.

The actress was however, surprised when the interviewer, Naa Ashokor, said she wasn’t aware of their separation.